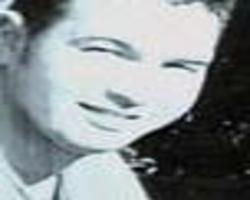 Notice to our readers:

The original piece posted here has been removed at the request of Jason Cobb (You can see our exchange with him below), we will not be linking to the site in question in the future!

Cease and desist immediately the publication of the following content: http://4wardeveruk.org/2010/01/de-menezes-memorial-unveiled/

This is a clear breach of copyright from my blog: http://link deleted…

I am the author of the content, as well as the producer of the video and audio content. Copyrighted images have also been used without prior permission.

By return of email, confirm that this content has been deleted from your server. Failure to do so will result in further action.

We are a little alarmed at your aggressive response to this! “Content Theft”…. In producing the piece we ensured that there was a link to the original work which is what we do in all cases.

4WardEver UK is a non profit making community collective which was established by the family of Mikey Powell who died in police custody in 2003. Our blog is set up purely to redirect our members (made up largely of affected families) to useful and supportive information relating to deaths in custody.

Indeed we have worked with and supported the campaign for Jean Charles and scores of other families including Roger Sylvester, Ian Tomlinson, Harry Stanley, Shiji Lapite, Brian Douglas, Christopher Alder and many more.

We are closely aligned to The United Families & Friends Campaign, INQUEST, the Makers of INJUSTICE and many other campaign groups and organisations both in the UK and abroad.

If you would prefer that these families and organisations do not have access to your article and your website in general then we will of course remove the piece in its current form. We do have he right however to link our content to any source that is freely available on the Internet and will continue to do so without apology.

We understood from your piece on De Menezes that you were actually concerned about the issues of custody deaths, and simply sought to give the piece and your site in general exposure to a wider audience.

I look forward to your response!

Cease and desist without further delay.

Need we say any more…