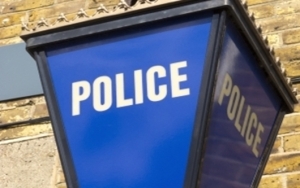 originally by: This Is Leicestershire
5th March 2011

Leicestershire’s chief constable Simon Cole has been ordered to show lessons have been learned after a mentally-ill woman was bludgeoned to death despite calling police for help. Joanne Butler, 38, made four calls to police in 11 minutes the night before her body was discovered – three of them were 999 calls. No officers were ever sent to her Earl Shilton home.

Ms Butler, who had a history of mental health issues, was found dead after a fire at her flat in January 2006. She had been murdered by 13-year-old Ashlea Wilson and his father Sean. In January, the Mercury revealed the findings of an investigation into the police by the Independent Police Complaints Commission (IPCC).

The report, officially released on Wednesday, found Leicestershire police failed to “provide the appropriate response” and “at no stage does there appear to be any consideration for the welfare of Ms Butler”.

Now, Leicestershire Police Authority has called for an urgent report looking at what safeguards have been put in place to stop it happening again.

The authority has asked the chief constable to present a report covering the changes made in working practices since 2006, which will be considered at its next meeting on March 30.