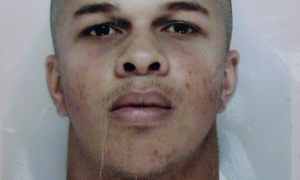 originally by: The Guardian
1st February 2012

The parents of a 25-year-old man who died in police custody have been angered by a Home Office pathologist’s finding that their son died of “excited delirium”, a medical term that is not recognised by the Department of Health. The family of Jacob Michael, who died last summer after calling police saying he feared for his life, say the pathology report ignored how their son was heavily restrained by 11 officers on the street outside their home, as well as evidence of broken ribs and a torn liver.

According to witnesses, Michael was repeatedly hit with police batons after fleeing his home when two officers from Cheshire constabulary entered his bedroom and released pepper spray into his face.

The IPCC has told the Guardian that 58 witness statements have been taken and 98 exhibits logged in the investigation. Two pieces of relevant CCTV footage have been secured, including film from the police custody suite where Michael was held down on the floor by officers.

Michael’s father said: “As far as I’m concerned, if the police didn’t treat my lad the way they did, he would be here today. He did nothing wrong, he hadn’t committed any crime, he rang the police for help.