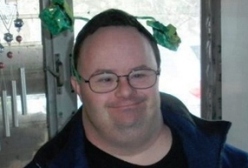 In 2011, Ethan Saylor died after police deputies tried to forcibly remove him from a Maryland movie theater. Saylor, 26, had Down syndrome and went to the theater with his heath aid to see Zero Dark Thirty.

The incident occurred when the movie concluded and Saylor said he wanted to see it again. The theater employees approached him and asked him to leave since he hadn’t purchased a second movie ticket. However, Ethan didn’t want to leave so three police deputies came in to resolve the situation.

Upon arrival, the deputies handcuffed Ethan but because of his size said they had to use three sets of handcuffs and put him on his stomach. The aide pleaded with them to stop because Ethan didn’t like being touched. She also told them that his mother, Patti Saylor, was on her way to pay for the second movie ticket.

This site uses Akismet to reduce spam. Learn how your comment data is processed.