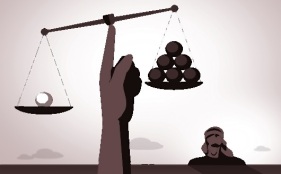 Racist violence in Europe is sustained by cultures of impunity, as reports by Amnesty International, and Médecins du Monde and the Greek Council for Refugees make clear.

Two reports published last month document in harrowing detail the reality and impact of racist violence across Europe, as well as its intensification against a backdrop of economic turmoil and the growing influence of far-right movements.

In the process they show how criminal justice systems, through a combination of mendacity and inertia, are frequently complicit in attacks ranging from sporadic assaults to those committed by organised far-right terror squads.

The reports, the National Report on Racist Violence by Médecins du Monde (MdM) and the Greek Council for Refugees (GCR), and We Ask for Justice by Amnesty International (AI), stem from concerns about racist attacks and the response to them by criminal justice agencies.